I took a relaxed morning out of town stopping for the free continental breakfast at the hotel and then a few phone calls at the local coffee shop. It was 8:30 by the time I hit the road and I’m just amazed that in two hours you can literally walk from downtown Tropic up the to Rim of Bryce Canyon. It’s literally right in the town’s backyard.

I accidentally followed the horse only trail up to the rim which led to a bit of a scene when two horse trains came by. One of the guides horses was a little spooked by me.

Geologically, Bryce isn’t actually a canyon, but a series of amphitheaters filled with hoodoos on the edge of the Pansaugunt Plateau. It’s the top level of the Grand Staircase- the Pink Cliffs. It’s also the divide between the Colorado Plateau and the Great Basin. Everything flowing to the east side drains into the Paria and the Colorado. Everything to the west drains into the Sevier and has no ocean outlet.

Those are the facts. When it comes to describing the area, I don’t reallly know what to say. It is one of the most beautiful places I’ve ever been. I’m literally speechless, so I will let the photos do the talking. I took a winding route from Sunrise Point down into the Queens Garden, back up the Navajo Trail to Sunset Point and then followed the Rim Trail past Inspiration Point to Bryce Point. 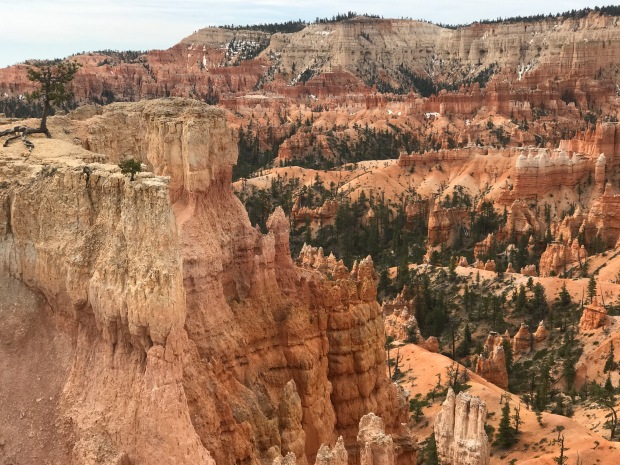 Some trails went through tunnels in the hoodoos 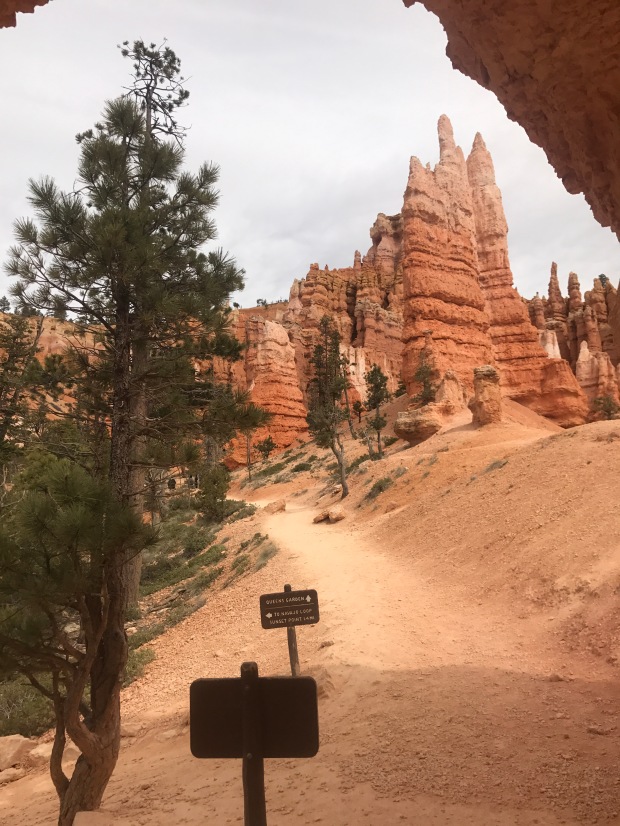 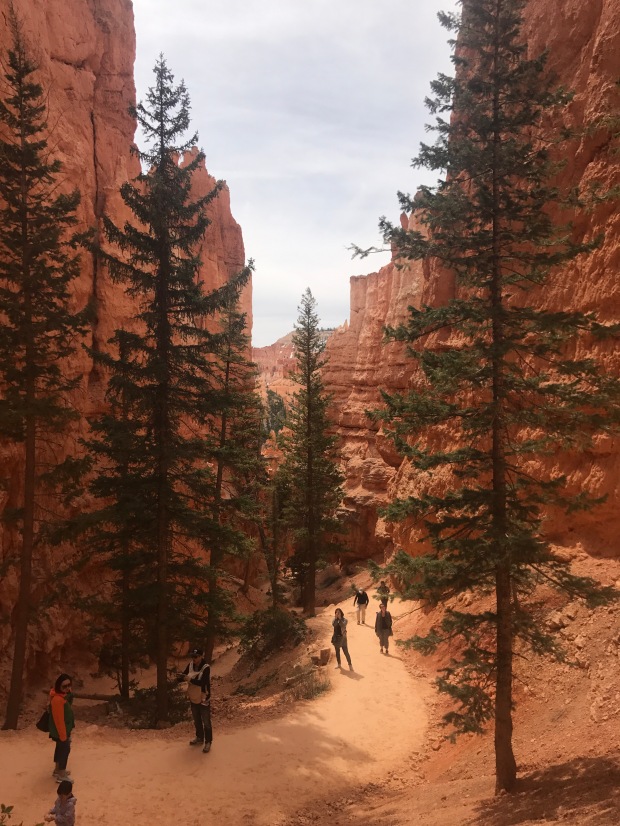 Inspiration Point. You can see all the way down to Tropic!

It was hard to pull myself away. I’d spent 4 hours going barely 5 miles. But I couldn’t stay forever.

At Bryce Point I connected to the Under the Rim Trail which takes you down through the forests of the southern half of the park. Beautiful in its own right, but doesn’t hold a candle to the Bryce Amphitheater. It’s hard not to compare. I had beautiful towering ponderosas all around, but all I wanted was more hoodoos.

The quiet forests under the rim

I wove my way down and around, over each of the dividing ridges. I felt a little slow and sluggish- I think I had eaten too much for lunch and felt very sleepy. I actually did sit down against a large ponderosa and take a brief 30 minute catnap – that was interrupted by a charging deer.

Got to camp around 7. I decided to set up my tent for extra warmth tonight- temps may dip into the 20s my weather machine tells me. I hung my food tonight too- other nearby campsites had mentioned bear activity and cougar sightings, so best to be safe. Bryce tops everything else I’ve seen so far. Hands down.

Hoping for no bears or cougars tonight